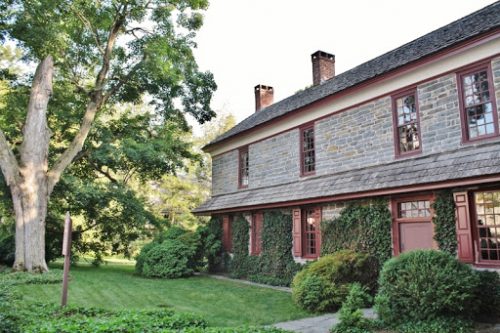 Wright’s Ferry Mansion, initially owned by the English Quaker, Susanna Wright, was built in 1738 on the 100-acre tract of land that she had purchased in 1726 when the area was isolated wilderness and still part of Chester County. It would be another three years before Lancaster County was formed.

In 1726, her father, John, purchased the adjacent 150 acres, where he built a log house that same year. 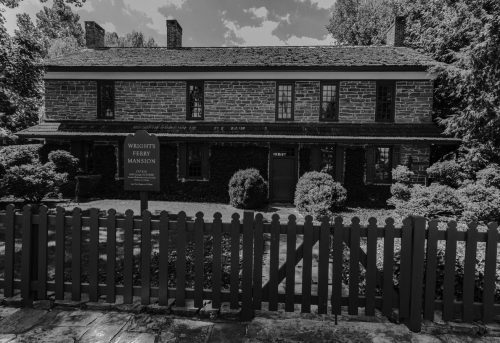 Two other families–the Barbers and the Blunstons–came at the same time and purchased neighboring properties, where they each built a two-story stone house facing the river.

Like the Wrights, they farmed the land and maintained close ties with Philadelphia. They all were involved in setting up the new county of Lancaster: John Wright, becoming the first Justice of the Peace; Robert Barber, the first sheriff (having a small jail on his property); and Samuel Blunston, directing the building of the first courthouse in Lancaster. Lancaster County was named after the Wrights’ native Lancashire, England.

The entire family had moved from Lancashire, England, in 1714 to Chester, Pennsylvania, where they lived for twelve years before their move to the wilderness along the Susquehanna. Shortly after they arrived in Pennsylvania, their mother gave birth to James. When her mother died a few years later, Susanna Wright, as the eldest child, helped raise her siblings.

Many years later, she helped to raise the children of her brother, James, and became their guardian after James’ death. Susanna left most of her 100-acre tract to his eldest son, Samuel, who established the town of Columbia on her parcel of land in 1788, at which time it was proposed as a site for the capital of the new nation, missing by a narrow margin to Washington, D.C. She also left Samuel her house, Wright’s Ferry Mansion, which stayed in his line of the family until 1922. When a coal yard threatened to buy it, the house was saved by Carrie Rasbridge, and it was owned by her son Emmett Rasbridge until 1973 when it was purchased by The von Hess Foundation. 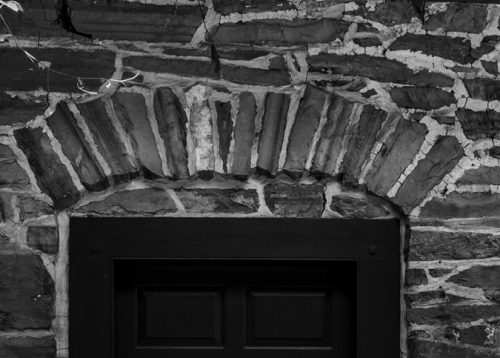 Wright’s Ferry Mansion, which survived remarkably intact, was restored for the Foundation by Edwin Brumbaugh, a pioneer in architectural restoration, who had restored hundreds of important buildings in Pennsylvania and neighboring states. His work includes the State House in Philadelphia, buildings in Valley Forge National Park, the Gates House and Plow Tavern in York, and the Sehner-Ellicott-von Hess House in Lancaster. Mr. Brumbaugh, who was in his eighties when he worked on Wright’s Ferry Mansion, said it was his favorite because he could do it as precisely as possible and because it was “a wonderful ‘document house’ ”— it has survived with so much intact that it provides excellent architectural documentation for other early structures.

Typical of a house-form found in the northwest of England and also found in early 18th-century Philadelphia and its environs, the building is one room deep almost its entire length with windows on both sides of the rooms, providing light and cross ventilation. In this English house-form, there is a central entrance or hall with a staircase to the second floor and a hierarchy of rooms, from the most formal at one end to the least formal at the other. Although predominantly English in style, the house also has Germanic elements, like the oak side-lapped shingles on the roof. An 18th- century shingle had survived in an attic crevice, and the pattern of nailing on the rafters indicated the type of shingling originally present. 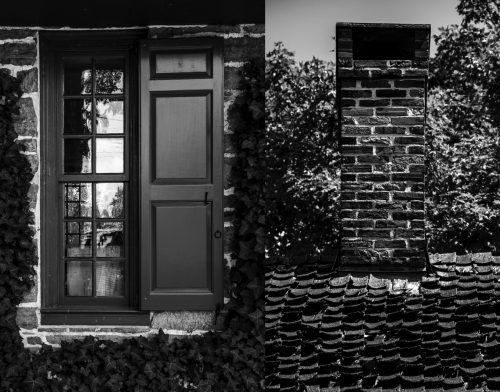 The overall style of the house is early Georgian, but there are also some late 17th-century stylistic elements. These are especially evident in the entry with its massive sheathed doors, oak door frames, and staircase with elegant turned, black cherry banisters – the most complex form extant in a Pennsylvania house of this period.

The house has been furnished by The von Hess Foundation to show what Susanna Wright might have owned, based on documents and archaeological evidence. It is the only Pennsylvania English Quaker house furnished exclusively to the first half of the 18th century. The collection includes important William and Mary and Queen Anne Philadelphia furniture and English ceramics, glass, metals, and needlework, all pre-dating 1750.

The house and collection reflect the elegant, yet restrained, taste of Susanna Wright, as well as her many interests. Versed in Latin and Italian and fluent in French, she was a noted poet and one of the first people to try to establish a silk industry in Pennsylvania. Friend of Benjamin Franklin, Charles Thomson, John Dickinson, and other luminaries of early Pennsylvania, she was encouraged in her studies by James Logan, who was William Penn’s secretary and a brilliant polymath.