In 2008, the Historic Preservation Trust of Lancaster County created a calendar series entitled “Gone, but not Forgotten” as a reminder of some things that aren’t here anymore. The Harrisburg Pike Farm was the featured image for October of that year and painted by J. Richard Shoemaker.

This farm was once located on the Harrisburg Pike in Lancaster at the approximate location of the entrance to the Lancaster General Hospital’s Health Campus. The owner must have supplemented his income by driving the school bus. 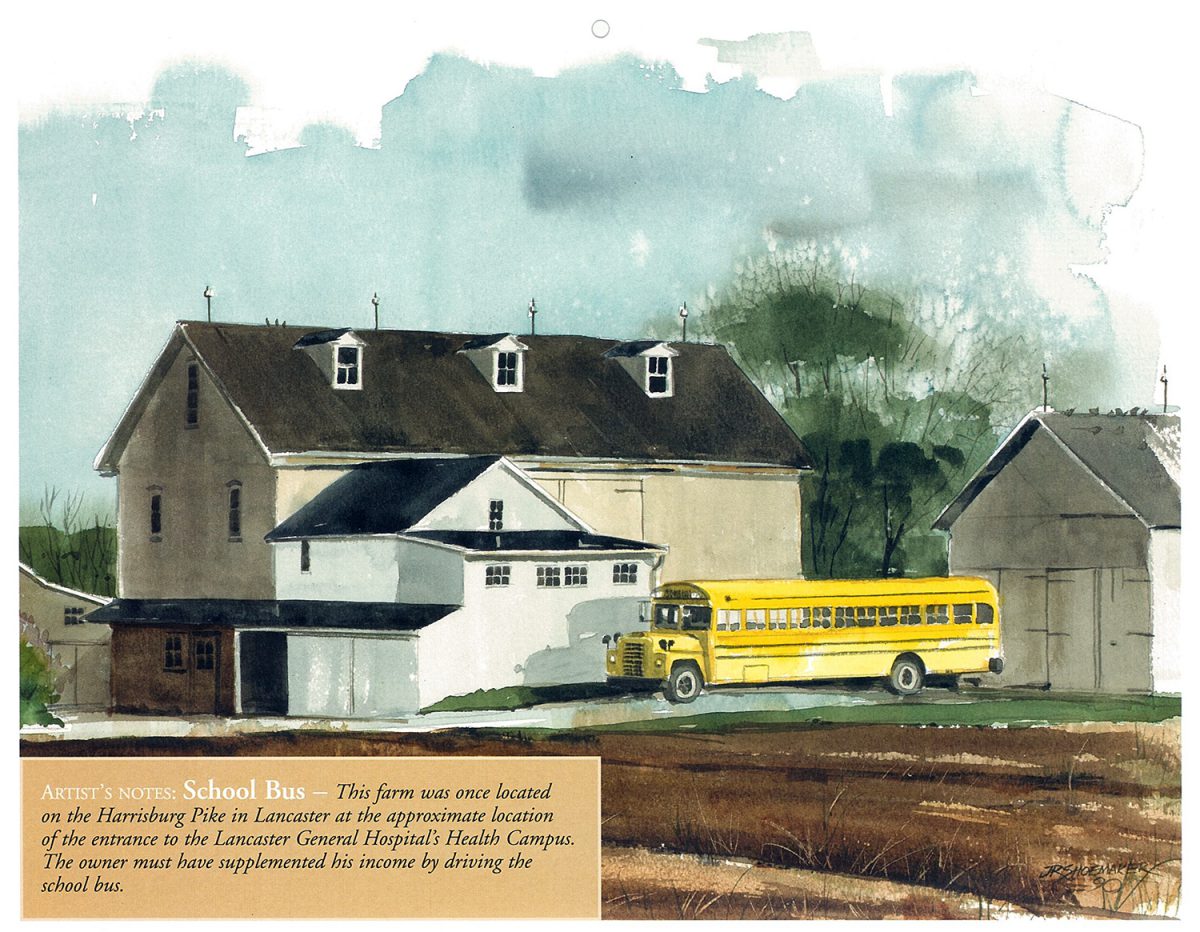 Here’s the farm’s location as it looks today.