Gone, But Not Forgotten: Evan’s Mill

In 2008, the Historic Preservation Trust of Lancaster County created a calendar series entitled “Gone, but not Forgotten” as a reminder of some things that aren’t here anymore. The Evan’s Mill was the featured image for September of that year and painted by J. Richard Shoemaker.

Traveling south on Route 222 just below Lancaster, this mill dominated the scene along Mill Creek. The strong graphic elements in the quiet atmosphere of winter appealed to me. 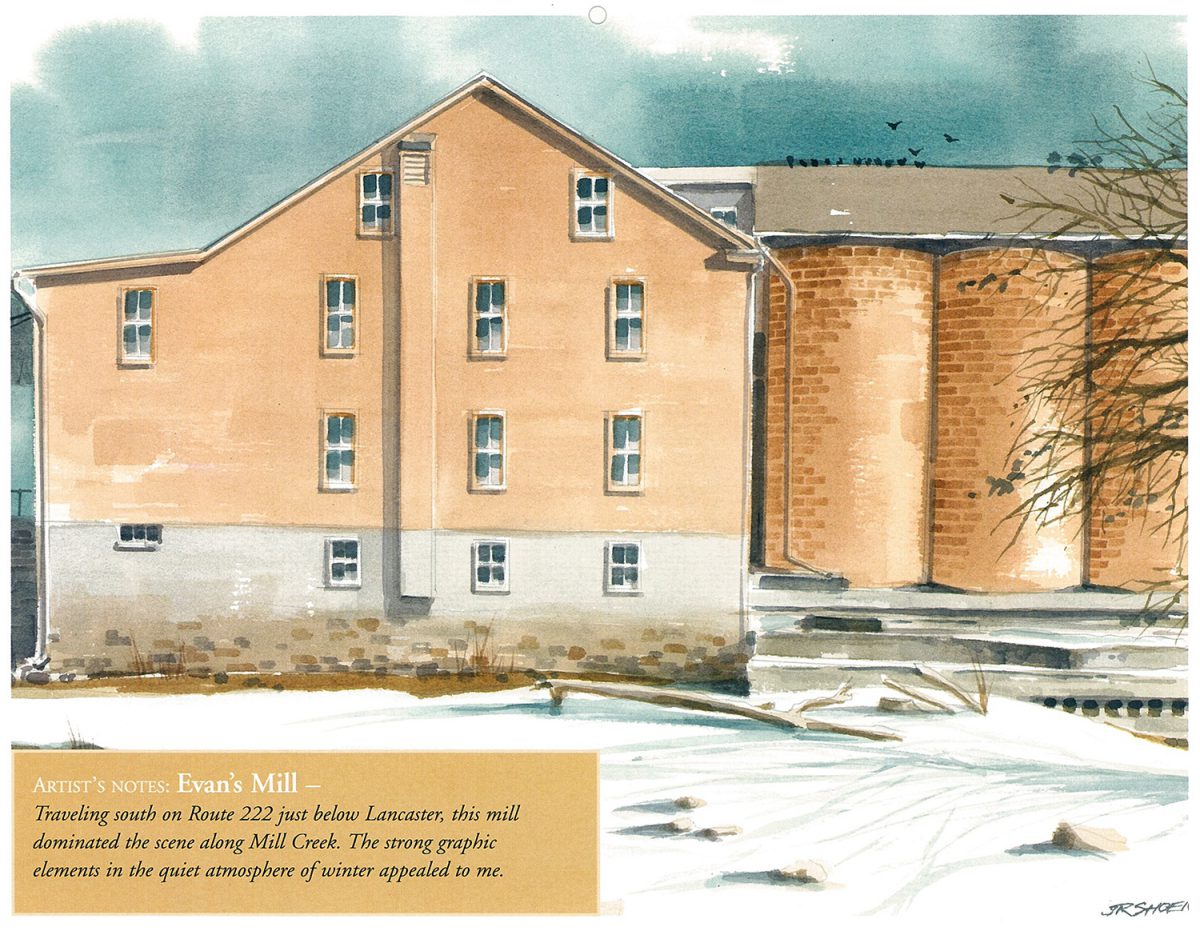 Evan’s Mill south of Lancaster on Route 222 along Mill Creek.

John Kendrick (Kendig) operated a grist mill on this site as early as 1758. From 1758 through 1824, the mill was owned by a succession of Kenricks (Kendigs). John, John Jr., George, Henry, and George. The 2.5 story merchant mill under operation by Christian & Abraham Herr, burned and was rebuilt of brick by John & F. J. Herr either in 1845 or 1850 and they operated until selling to A. G. Groff in the mid-1870s.

Adam Groff had owned the mill for 12 years; when in 1889, the mill again burned down. The land and mill site was sold to Samuel Pugh, who built the new frame on a stone mill.

The siding of the mill was an old German tongue and groove and contained a European horizontal water wheel. The mill was purchased by Jay Evans in 1983; whereupon, he tore down the eight storage silos and restored the mill’s interior. The mill was renovated into a candy factory and restaurant, one-third & two-thirds respectively. The restaurant fizzled out so the entire mill was converted to candy production and sales in 1995. It is still the home of Evans Candy today. 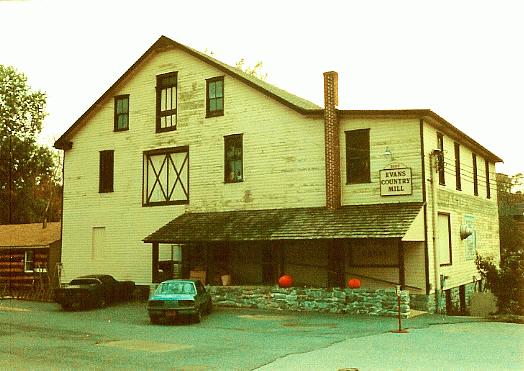