For more than 45 years, the prolific Urban created many of the historic landmarks that are fundamental to the beloved character of Lancaster City. In this post, we will examine Urban’s 1911-1912 West King Street structure. 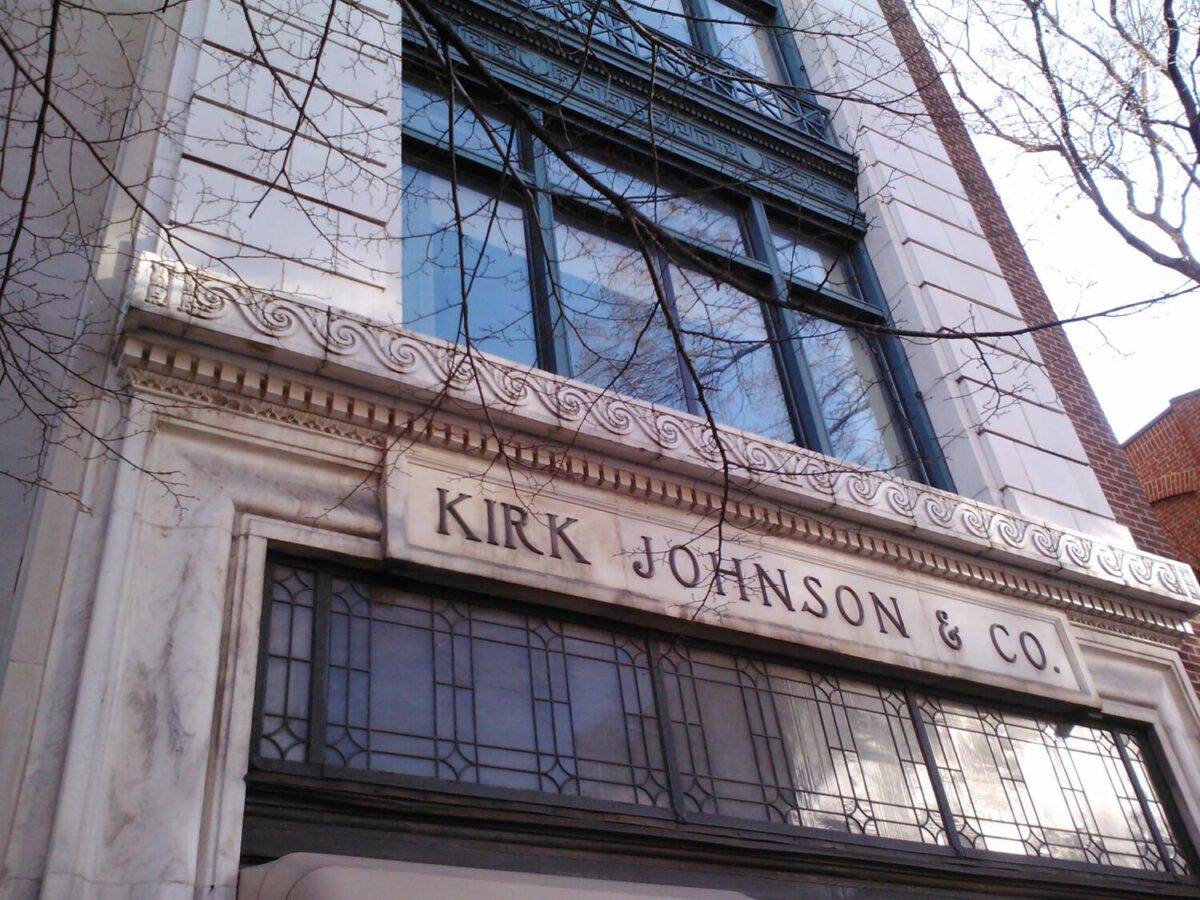 This narrow building presents an elegant facade designed by C. Emlen Urban in the French Baroque style during the Beaux-Arts movement. It is rich with classical embellishments made of marble, glazed terra cotta tile, wood, and metal. It is on the National Register of Historic Places.

The storefront and entrance are surrounded with white marble. The main element is a robust ogee molding. The surround sits on a granite base that incorporates the original building sign above the leaded glass transom, surrounded by a Greek key motif. The current storefront was renovated in 1979-80 by the Lancaster Newspapers. The cornice that caps the surround consists of a band of cast, glazed terra cotta tiles. These form a wave pattern over a row of dentils above a row of flowers. 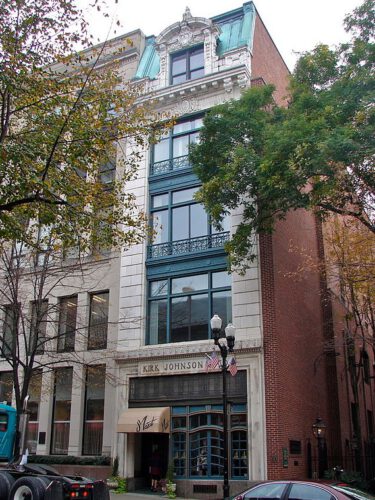 The second, third, and fourth floor windows are treated as one element. They are framed with pilasters of rusticated, glazed terra cotta tiles. At each floor level, the Greek key design is repeated on the frieze. It is punctuated with roundels at the intersection of the window muntins and frieze.

The top of the building has the most detail. Representing the building’s original use as a music store is a lyre on the cartouche above the windows. The lyre is surrounded by leaves in a frieze of arrows between flowers and arched panels. The large cornice is supported by scrolled brackets lavishly embellished with acanthus leaves, scrolls, and bellflowers. A bold egg and dart molding runs under the dentil blocks. The cornice is crowned in the center with an elaborate, broken segmental arch pediment above a central dormer. A shield cartouche with swags and rosettes is centered on the stepped cornice. An urn with swags sits above the broken arch and is topped by a flame finial. 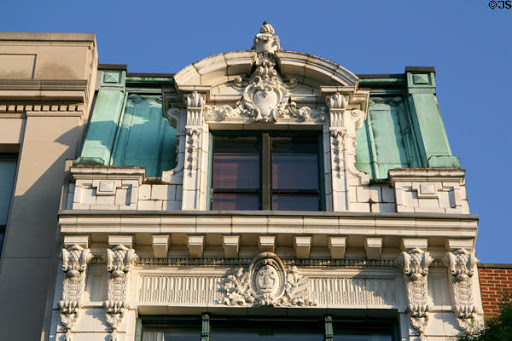 Kirk Johnson was a valued member of the Lancaster community. Later in his life, Johnson experienced great success in real estate. For 28 years, Johnson served as a director of the Lancaster Township School Board and was the president for sixteen. He had membership in many of Lancaster’s clubs, such as the Kiwanis Club, the Protective Order of Elks, the Independent Order of Odd Fellows, and the Chamber of Commerce. While in Lancaster, he was a member of First Methodist Church.

Unlike many of Lancaster’s influential men during the late 19th and early 20th centuries, Kirk Johnson was not a native. He was born in 1861 in Port Republic, New Jersey. One of ten children, he worked on his family’s farm until he was 21. In 1882, Johnson began working at F. A. North & Company, which dealt primarily with the sale of pianos.

The Steinman Hardware Company purchased the business from Johnson in 1921. In the 1930s, they expanded to sell furniture and carpets, music, and musical instruments. By the 1940s, their inventory expanded to include other items, but it was still primarily a music store. Before selling a piece of sheet music, the salesman would sit down at a piano and play it for the customer.

The Kirk Johnson Building was also involved in broadcast radio in the 1920s. The call number was WKJC, 1160 on your dial. The local station broadcast live music, news, the Sunday services of Grace Evangelical Lutheran Church, and a weekly Bridge game.

This is an edited excerpt from the Historic Preservation Trust’s 2010 Architectural History Tour Lancaster City Architecture by C. Emlen Urban. Click here to purchase a hardcopy of the 44-page publication.