For more than 45 years, the prolific Urban created many of the historic landmarks that are fundamental to the beloved character of Lancaster City. This naturally begs the question, who was C. Emlen Urban? 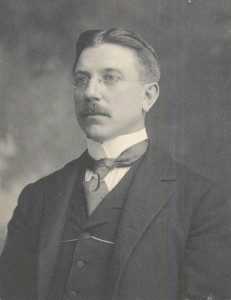 Many Lancastrians are unaware of the life-long work of celebrated local architect C. Emlen Urban. His deft eye for design transformed Lancaster’s cityscape.

For most of us, Lancaster’s landmark buildings have never changed. Yet, just a century ago, the buildings in Penn Square and throughout the downtown were red brick structures dating from the colonial period through the 1880s. Urban’s designs changed all that.

Urban’s buildings are massive but approachable because he used elements of a classic column on his facade design, which include a base, middle, and capital or crown. His buildings have a proportion that is pleasing to the eye.

Cassius Emlen Urban was born in Conestoga Township on February 20, 1863. He was the son of Amos B. and Barbara (Hebbel) Urban and the grandson of a farmer and carpenter who specialized in coffins. He had three sisters and a brother. His brother, Christopher, moved to the Delaware Valley in 1886 and worked as a supervisor of construction. After many years, he returned to Lancaster and worked with Urban.

The family moved to Lancaster after the Civil War and lived at 444 South Queen Street. His father, Amos, was part owner of the Urban and Burger Planing Mill on South Prince Street.

Emlen Urban graduated from Lancaster High School in 1880. Afterward, he worked for the architectural firm of E. L. Walter in Scranton, PA, for 18 months. After a year and a half in Scranton, he went to Philadelphia, where he was a draftsman for the Willis G. Hale firm. Hale specialized in the flamboyant and highly ornate style that was popular in the 1880s and 1890s. Urban returned to Lancaster in 1886 with a solid background and quality training. He was one of four architects in Lancaster at the time.

For most of his career, Urban’s office was in the Woolworth Building on North Queen Street. His assistant was Ross Singleton, and his son, Rathfon, worked as a draftsman for many years. At the time of his death, many of the drawings, blueprints, and specification notes for his buildings became the property of Donald Reidenbaugh, who moved out of town. As a result, the list of Urban’s buildings is incomplete. 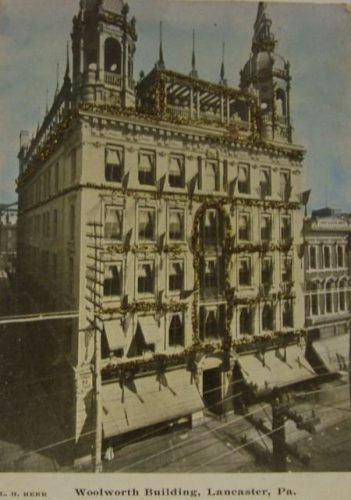 As an established man of business, Urban belonged to many civic and professional associations. He was a member of the American Institute of Architects and the “T Square” organization of architects in Philadelphia. He belonged to the Lancaster Chamber of Commerce, the Rotary, and the Hamilton Club. He was an honorary life member of the Benevolent and Protective Order of Elks. Urban was a charter member of the Young Republicans Club of Lancaster and a director of Stevens Trade School, now Thaddeus Stevens College of Technology. His family worshipped at the First Methodist Church of Lancaster.

Urban retired in 1930 at age 67. He took several European vacations with his wife and daughter, Miriam. He was able to see first hand the classical architecture that so inspired him. He loved the arts, opera, the classics, and freshwater fishing.

Emlen Urban died on May 21, 1939, after battling cancer for two years. He is buried at the Greenwood Cemetery, 719 Highland Avenue. The large Urban monument has a quote from the Song of Solomon 2: 15, “Until the day breaks, and the shadows fell away.”

C. Emlen Urban was a prolific and talented architect. He was a reserved man who quietly designed over 100 buildings in Lancaster County and Hershey. Two-thirds of them were public buildings: schools, churches, and businesses. About one-fourth of his work has been demolished or substantially altered. Nevertheless, some of the most beautiful are on the National Register of Historic Places and will be preserved for future generations.