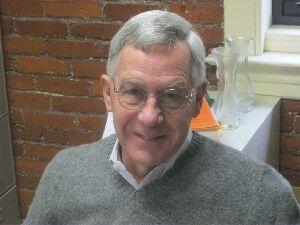 We were very saddened to learn of the recent passing of David P. Schuyler, former Board Member of the Historic Preservation Trust of Lancaster County from 1994-2001. David was a long-time preservationist and was an asset to our organization for many years. He had an intense interest in historic buildings and was always willing to share his enthusiasm for preservation and his wealth of knowledge. He will be sorely missed.

Here is his obituary:

David had a wonderful forty-year career as a Professor of Humanities and American Studies at Franklin and Marshall College in Lancaster. He was a dedicated teacher and authored numerous books, including many that focused on the Hudson Valley, which he loved.

David lost his wife Marsha Sener Schuyler to cancer 18 years ago, and never stopped loving and missing her. Our sadness in losing our brother is softened in knowing that he is reunited in Heaven with Marsha as well as with our Mother, Ruth Calyer. He was also predeceased by his father, John Barry Schuyler and his stepfather, Gordon Cote.

He is survived by his daughter Nancy Sener Schuyler of Lancaster.

David earned his PhD from Columbia University where he began his long friendship and working relationship with Professor Ken Jackson. He received a Bachelor of Arts Degree from American University, and a Master’s Degree from the University of North Carolina, Chapel Hill. He was a devoted fan of the Tar Heels ever since, and almost never missed a basketball game.