Because Lancaster was founded nearly 300 years ago, it is often called a colonial town. However, less than ten percent of the city’s buildings that existed in 1800 now survive.

Today, in both city and county, the overall visual character is one of contrast, with the numerous eclectic styles from the long Victorian period, lasting from 1837 until 1901, seen among buildings from earlier and later eras.

Chronologically, Lancaster’s styles begin with Germanic influence in the early eighteenth century and stop at the cosmopolitan Art Deco of the 1920s. In many ways, they serve as a microcosm of architectural styles in America.

Locally, the style gained popularity about 1870 and was used until the close of the century for houses, stores, churches, factories, and markets. 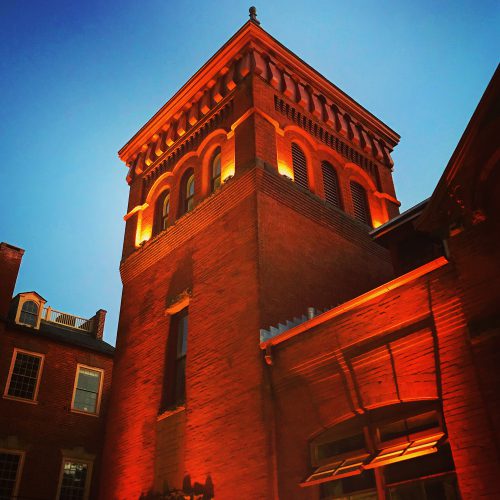 The best known example of the Romanesque Revival in the county is Lancaster’s Central Market, built from designs by James H. Warner in 1889. The market shows robust features of the asymmetrical style composition, massive sense of walls, the repetitive use of arches and ornament sculptured in both stone and terra cotta. The checkered pattern of white and brown stones in the gable lightens the austere dignity of the dark red brick and brownstone. 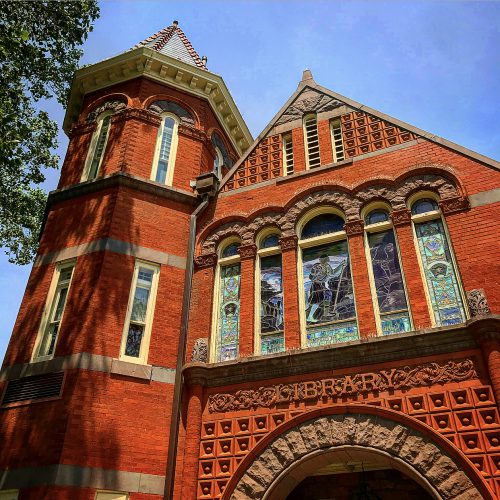 Biemesderfer Center, which served as the Millersville University Library from 1894 to 1967, is one of the most beautiful and dignified buildings in the Lancaster area.

Two collegiate buildings in the County show the characteristic rich materials and sculptural forms. Biemesderfer Executive Center was built as the Library for Millersville State College in 1891-94; E.O. Lyte and James H. Warner designed it. The second, Lark Academic Building at the Lancaster Theological Seminary, was built in 1893-94. A Harrisburg architect, John Smith, designed it, and John Evans of Lancaster supervised the construction. 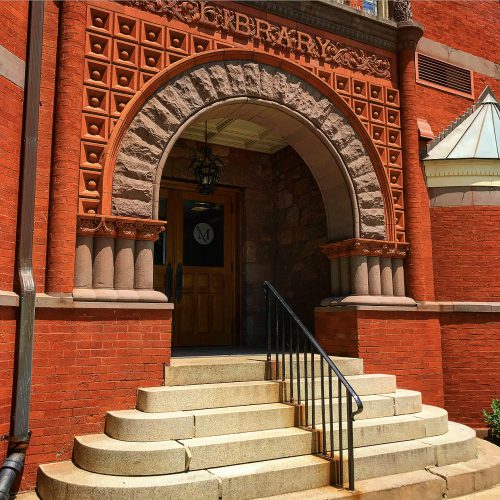 Entrance to the Biemesderfer Center at Millersville University.

Similar features can be seen in these two buildings, such as the use of a monumental tower to offset the horizontal mass of walls. The large, low arches that pierce the walls accentuate the authoritative character of these buildings.

This is an excerpt from the Historic Preservation Trust of Lancaster County’s 1979 Lancaster Landmark Series Lancaster Architecture 1719-1927: A Guide to Publicity Accessible Buildings in Lancaster County pamphlet.