The congregation of the Bangor Episcopal Church is one of the oldest (if not the first) inland Episcopal congregations in the United States. Founded in 1722 and chartered in 1730, it was named for the Bangor Cathedral in Caernarvonshire, Wales, by the Welsh immigrants who worked in the iron-producing industry in the area.

This Gothic Revival church was built in 1830. The first church on the site was built in 1734 of squared logs. In 1756, a stone church replaced the log structure. Some of its stones were inscribed with the names or initials of donors to the building fund. Many of those stones were reused in the present church. What an early example of the reuse of architectural salvage materials.

Bangor Church is an example of Gothic Revival architecture. This style was just becoming popular in Europe in the 1830s. Two characteristics are the long, narrow window openings that end in a point and the use of the steeply pitched gables. Bracketed by large brownstone quoins at the corners, the polychromatic stone masonry of the sidewalls is laid in a regular, coursed ashlar style. This style continues around the corners to the gable ends. However, it changes to a wildly random and irregular stonework pattern above the arched doors and windows. Set high in the peak of the front gable, two quatrefoil windows seem to seek order in the chaotic field of stone around them. The use of quatrefoil and trefoil decorations is another element typical of the Gothic Revival style. 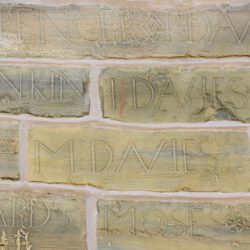 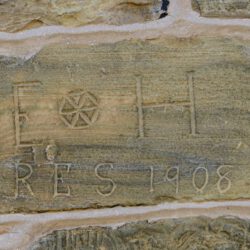 On the interior, the original wood structural arches were probably as restrained in detail as the exterior stone and woodwork. They may have been replaced in the 1880s when the roof was rebuilt and the ornate belfry was added. The high detail of the newer arches, with cut-out trefoils, quatrefoils, and geometric shapes, belies more of the carpenter gothic style that had become popular in religious structures and homes in the late 19th century. These dark-painted wood arches fly in stark contrast to the serene, plain white plaster walls below them. Bangor Episcopal Church was one of three Anglican congregations in colonial Lancaster County. The Reverend Thomas Barton, from St. James Church in Lancaster, was the Rector for all three churches from 1759 until 1776. Rather than swearing allegiance to the Commonwealth of Pennsylvania, he left Lancaster County in 1778. The three churches were closed for the remainder of the Revolutionary War. In 1786, Bangor was granted a new charter, and worship services were held there again. 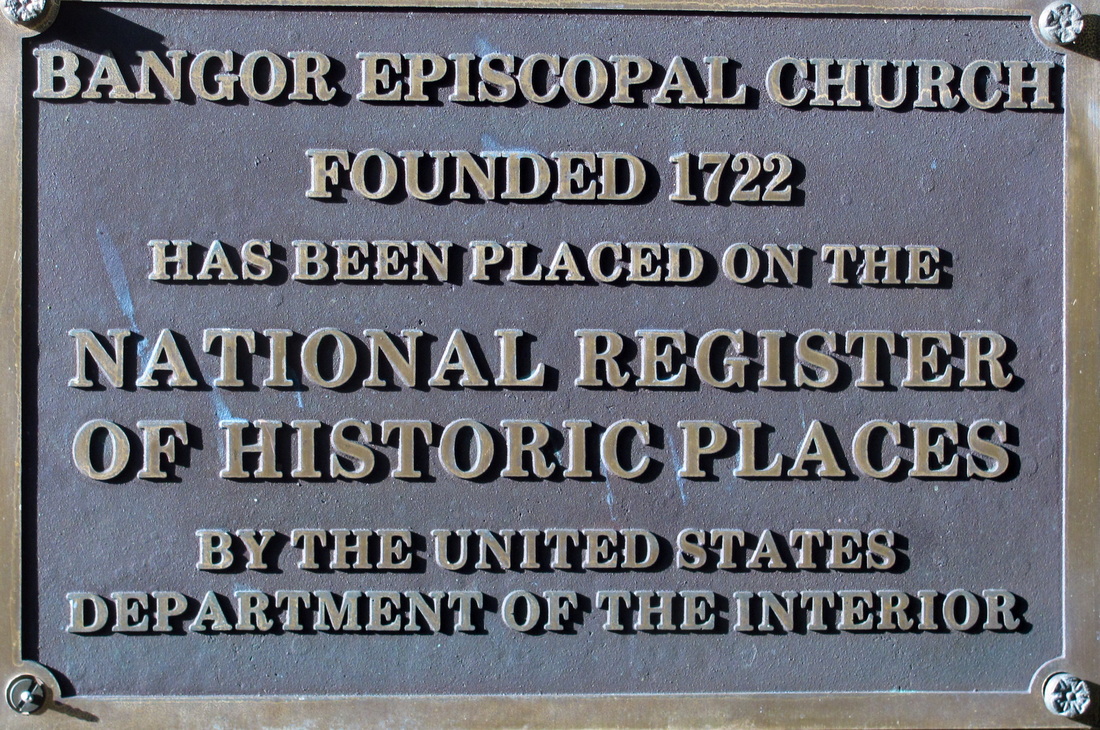 The church was placed on the National Register of Historic Places in 1987 because of its significance as one of the earliest examples of a Gothic Revival style church in Lancaster County.

For information about the Bangor Episcopal Church, visit their website.

Churchtown was originally called Bangor Church-town because Bangor Episcopal Church once owned the land that is now the town. In 1730, Bangor Church was given about one hundred acres of land on both sides of the road for the support of the rector and a school. The trustees of Bangor Church divided the land into half or three-quarter acre lots. Whether the residents of the town purchased the lots or leased them for a ninety-nine-year period, they paid an annual fee called a quit rent to the Church. These quit rents provided a regular income for Bangor Church. The village that grew up was known as Bangor Church-town.

The first pioneers to the region were Welsh immigrants from Radnor, an area west of Philadelphia. They moved to this area to farm or to mine deposits of iron ore in the Welsh Mountain ridge that runs east to west just south of Churchtown. In the 18th and first half of the 19th centuries, the iron industry dominated the economy of the area. Many first and second generation settlers worked on three iron forge plantations.

In the 1780s, a large population of German speaking immigrants settled the rich farmland of the Conestoga Valley. They found the area similar to the Palatinate region of Europe. Some of their farmland had been cleared by the workers at the iron forges who burned the lumber to create charcoal which fueled the furnaces at the forges.