In 2008, the Historic Preservation Trust of Lancaster County created a calendar series entitled “Gone, but not Forgotten” as a reminder of some things that aren’t here anymore. The Weathered Mountville Barn was the featured image for February of that year and painted by J. Richard Shoemaker.

On the corner of College Avenue and Hempland Road in Mountville sits this small barn, which has since been completely renovated. The weather appearance attracted me as I passed this scene every day on my way home from work. 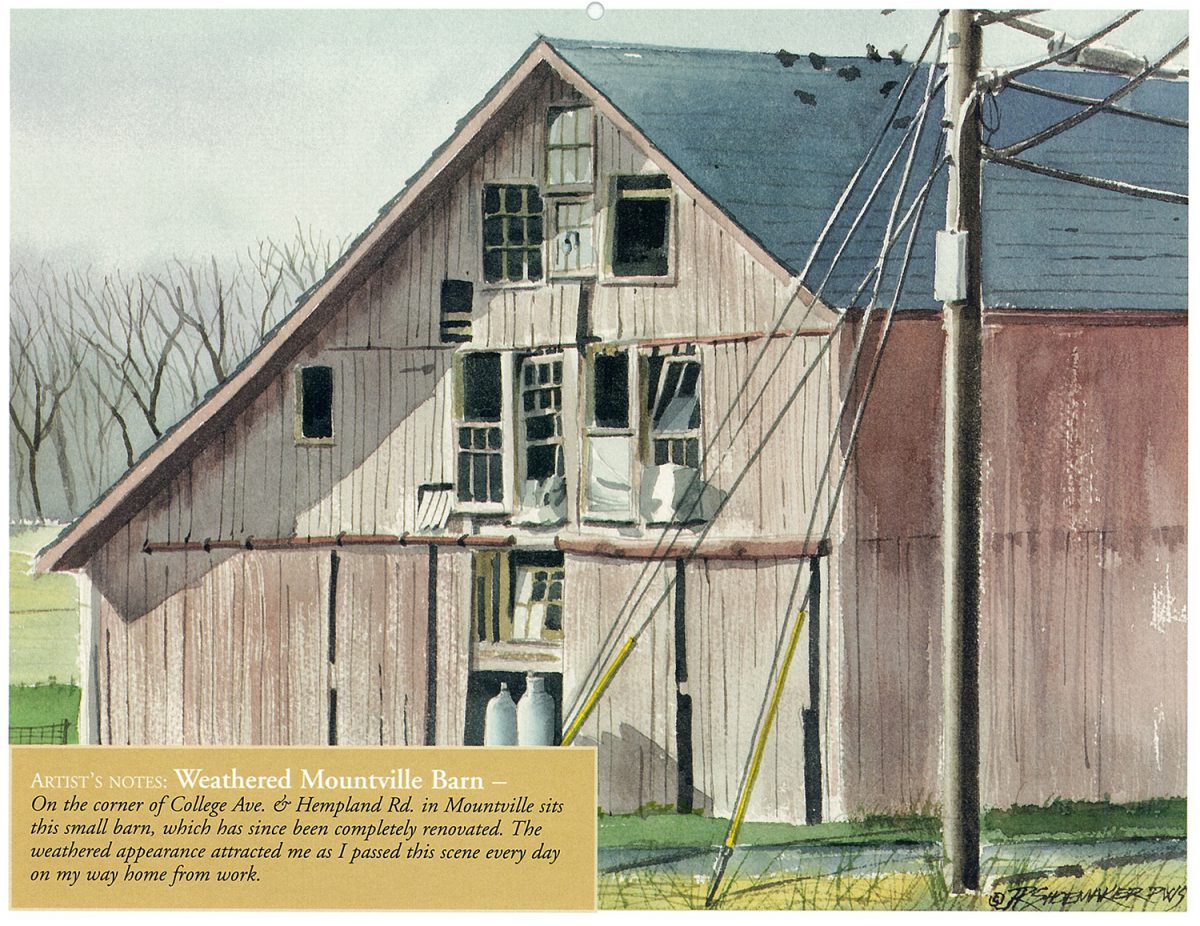