Gone, But Not Forgotten: Midway Airport

In 2008, the Historic Preservation Trust of Lancaster County created a calendar series entitled “Gone, but not Forgotten” as a reminder of some things that aren’t here anymore. The Midway Airport was the featured image for January of that year and painted by J. Richard Shoemaker.

This scene was located along Route 462 and Donnerville Road. The building was torn down in the 70s but was a landmark for anyone traveling west on the old Lincoln Highway. 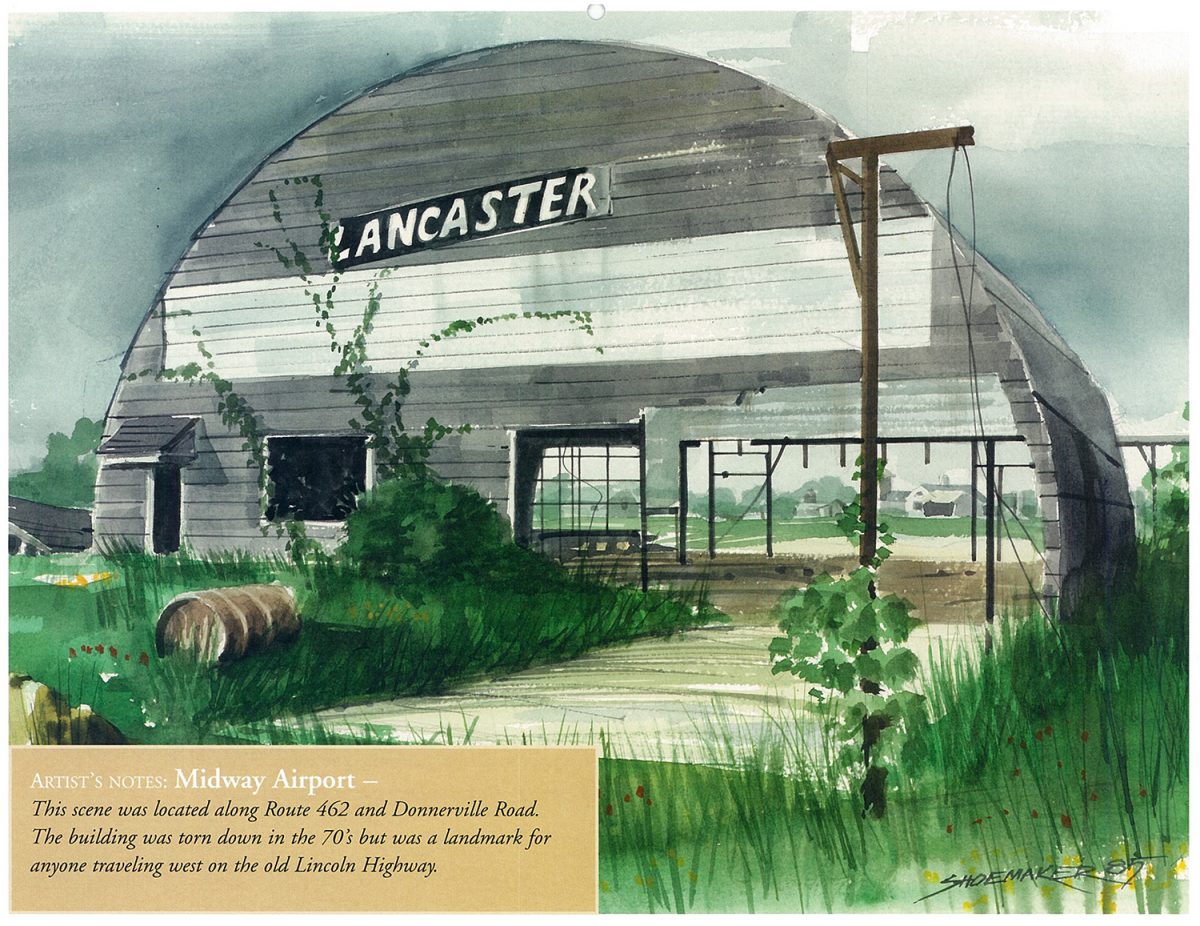