Gone, But Not Forgotten: Hinkletown Mill

In 2008, the Historic Preservation Trust of Lancaster County created a calendar series entitled “Gone, but not Forgotten” as a reminder of some things that aren’t here anymore. The Hinkletown Mill was the featured image for May of that year and was painted by J. Richard Shoemaker.

Another landmark now gone. The old building resonated with Lancaster County history and I was fascinated with its massive presence in Hinkletown. It was located on Route 322 east of Lancaster. 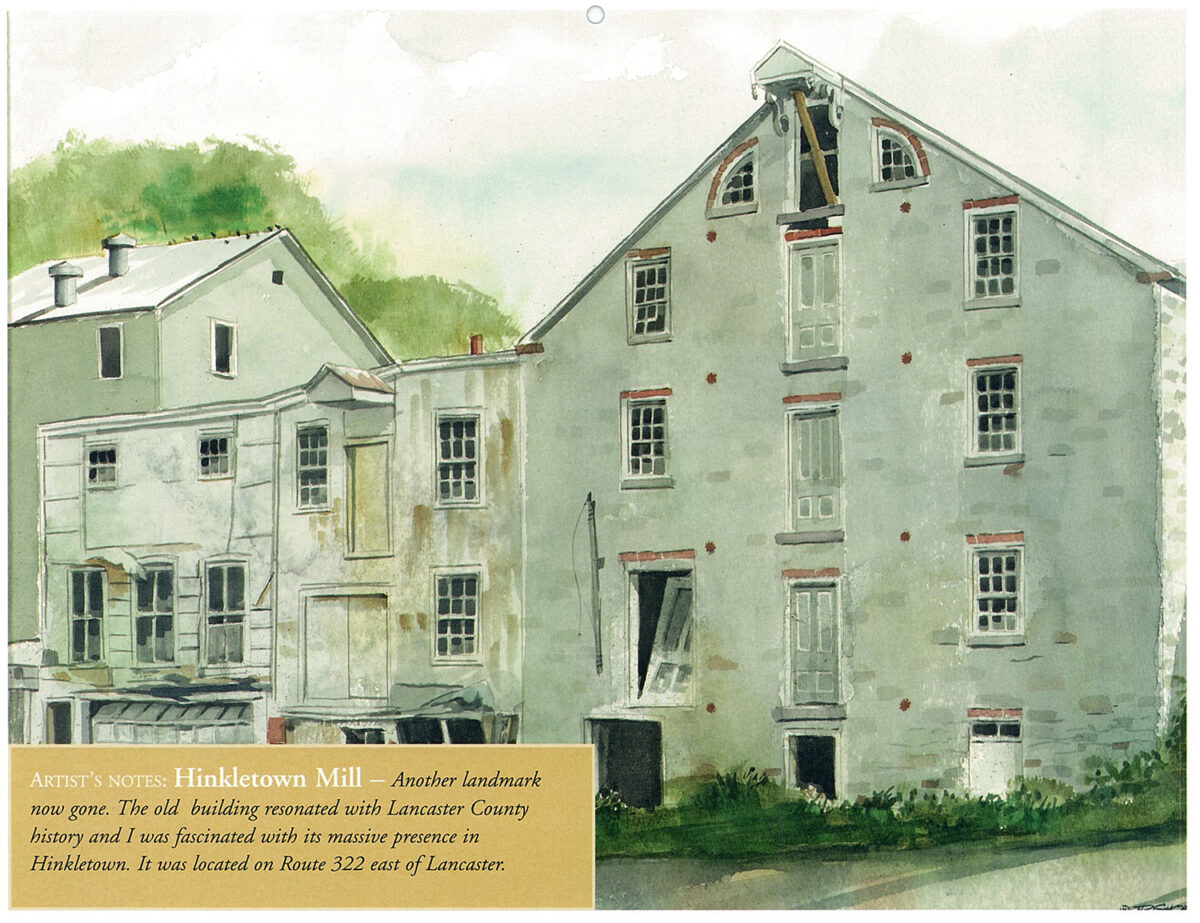 The first mill was built from logs by George Hinkle. The second mill was built by Jonathan Hinkle in 1797. It was constructed using stone standing an impressive 4.5 stories with a 50′ x 70′ footprint.

Records indicate a third mill was built by either Hinkle, Bushong, Wentz, Shiner, or Martin in 1830. 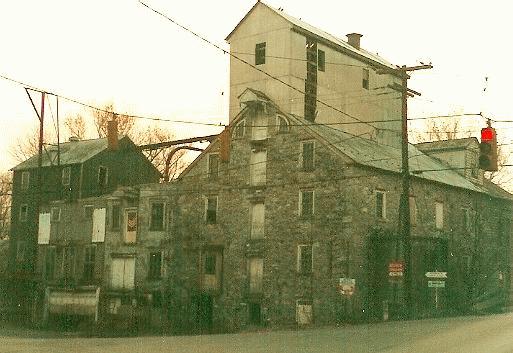 The mill bore a sticking resemblance to the Zook’s Mill, with its crescent peak windows, in Upper Lampeter Township. That mill was built by John Bushong in 1857. The catshead is almost identical to the one on the Lower Cloister Mill in Ephrata Twp/Boro., with its gingerbread.

The mill operation was accomplished by three turbines to power the sometimes flour, grist, and sawmill. There was no headrace to speak of and only a 50′ tailrace. Production peaked at 50 barrels of flour a day. 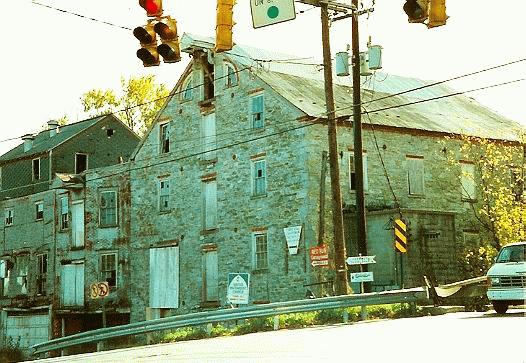 The building began to deteriorate in the 1990s until it was torn down in the 2000s to widen US 322 to enable a bridge replacement over the Conestoga River by the mill.

The Google Map below shows where the Hinkletown Mill was once located.

Information and images courtesy of Millpictures.com