In 2008, the Historic Preservation Trust of Lancaster County created a calendar series entitled “Gone, but not Forgotten” as a reminder of some things that aren’t here anymore. The Elm Tree Dairy was the featured image for April of that year and was painted by J. Richard Shoemaker.

To anyone traveling west on Route 283, the silos at Elm Tree Dairy were a prominent landmark. I tried to capture the dominance of the building and silos in an otherwise bucolic setting. 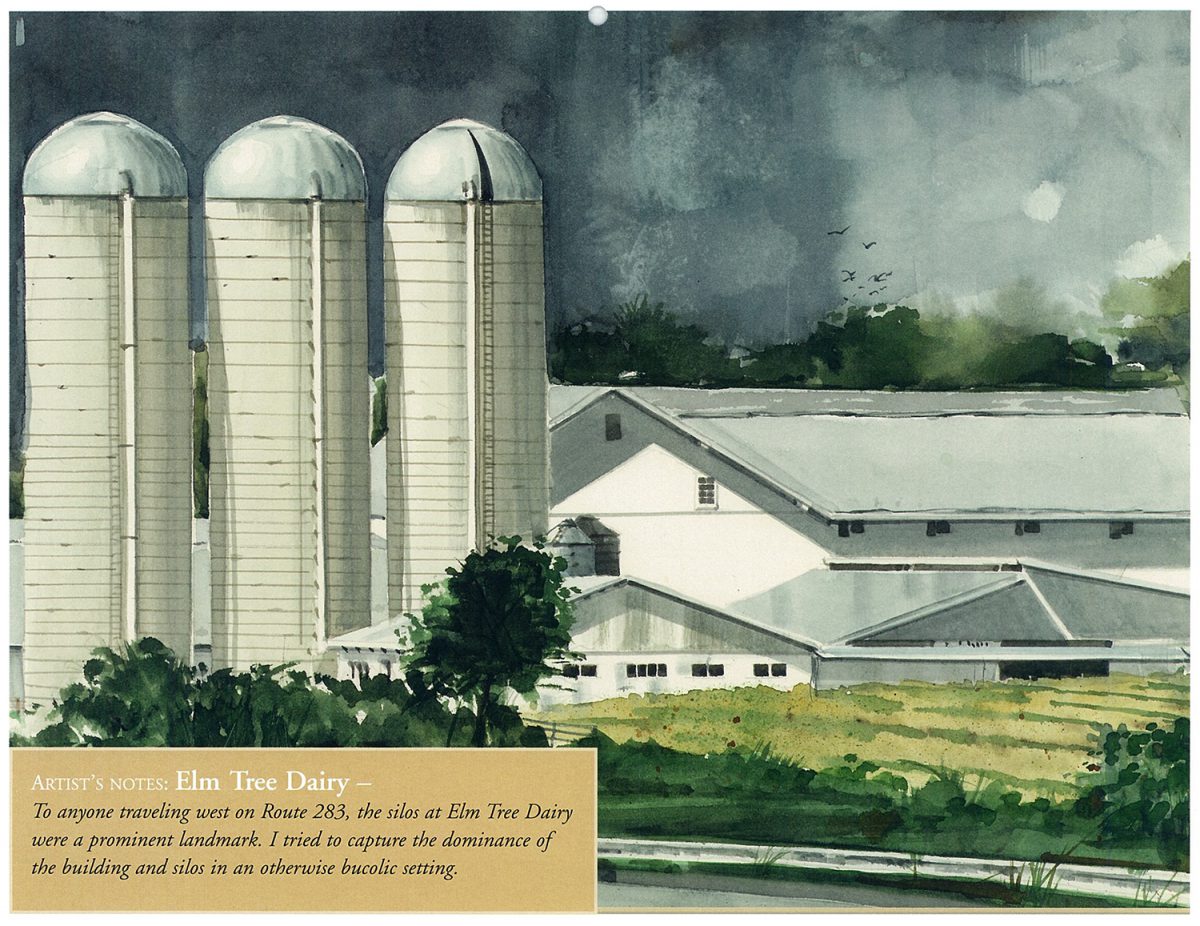