In 2008, the Historic Preservation Trust of Lancaster County created a calendar series entitled “Gone, but not Forgotten” as a reminder of some things that aren’t here anymore. The Columbia-Wrightsville Bridge and the Lancaster Courthouse Dome were the featured images for December of that year and painted by J. Richard Shoemaker.

Viewed from the park along the river, the Deco design of the old bridge contrasts nicely with the simple, yet practical Route 30 bridge. I think this is one of the most bridges in the county. 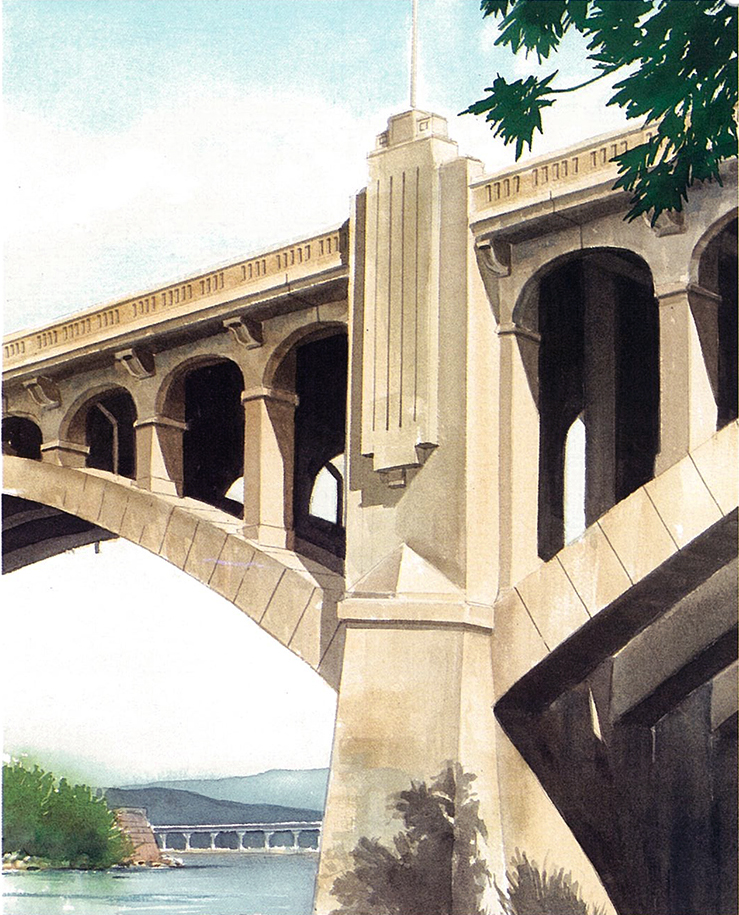 A view from atop the old Watt & Shand parking garage. I was impressed with the beauty of the architecture of the dome, which most people do not notice from the street. 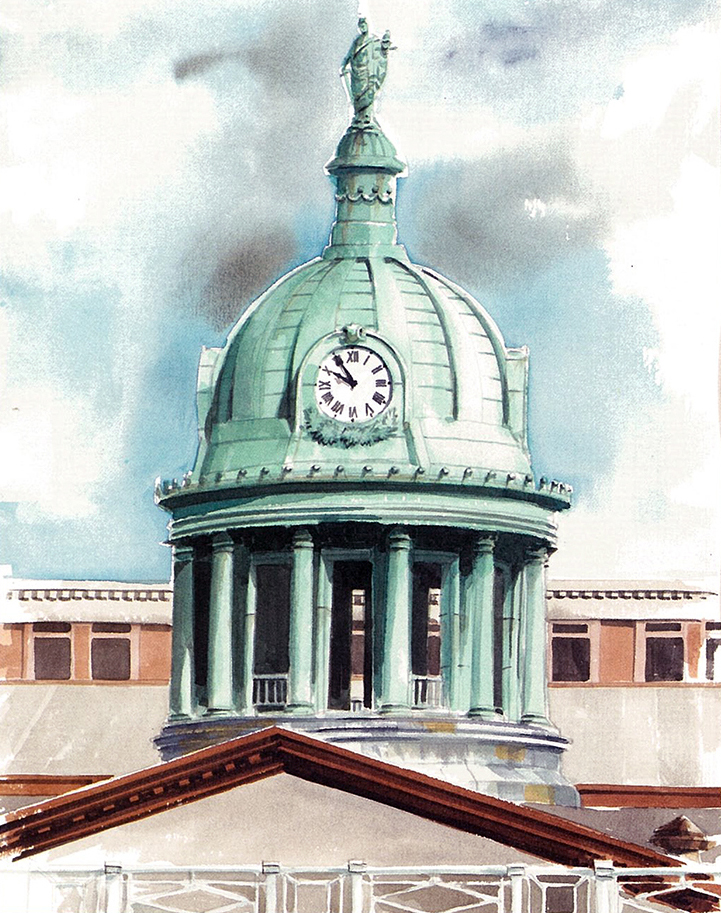