In 2008, the Historic Preservation Trust of Lancaster County created a calendar series entitled “Gone, but not Forgotten” as a reminder of some things that aren’t here anymore. The Amish schoolhouse Barn was the featured image for March of that year and painted by J. Richard Shoemaker.

Somewhere west of Strasburg, this schoolhouse represents a scene repeated in many places in Lancaster County. The winter setting accents the simplicity of the architecture. 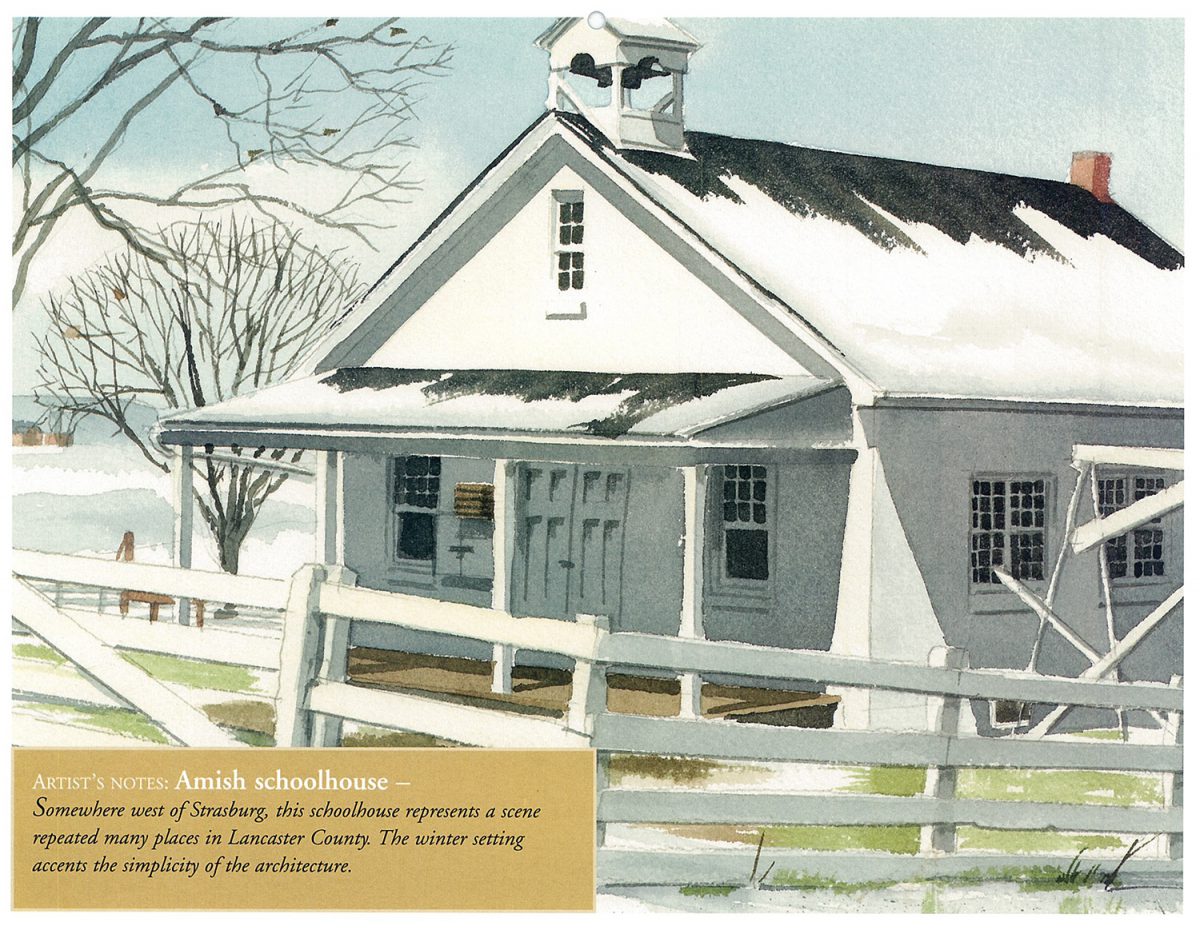