For more than 45 years, the prolific C. Emlen Urban created many of the historic landmarks that are fundamental to the beloved character of Lancaster City. In this post, we will examine Urban’s 1898 Watt & Shand Department Store Building. Located in the southeast corner of Penn Square, the facade of the former Watt & Shand building is today home to the Lancaster Marriott at Penn Square and Lancaster County Convention Center. 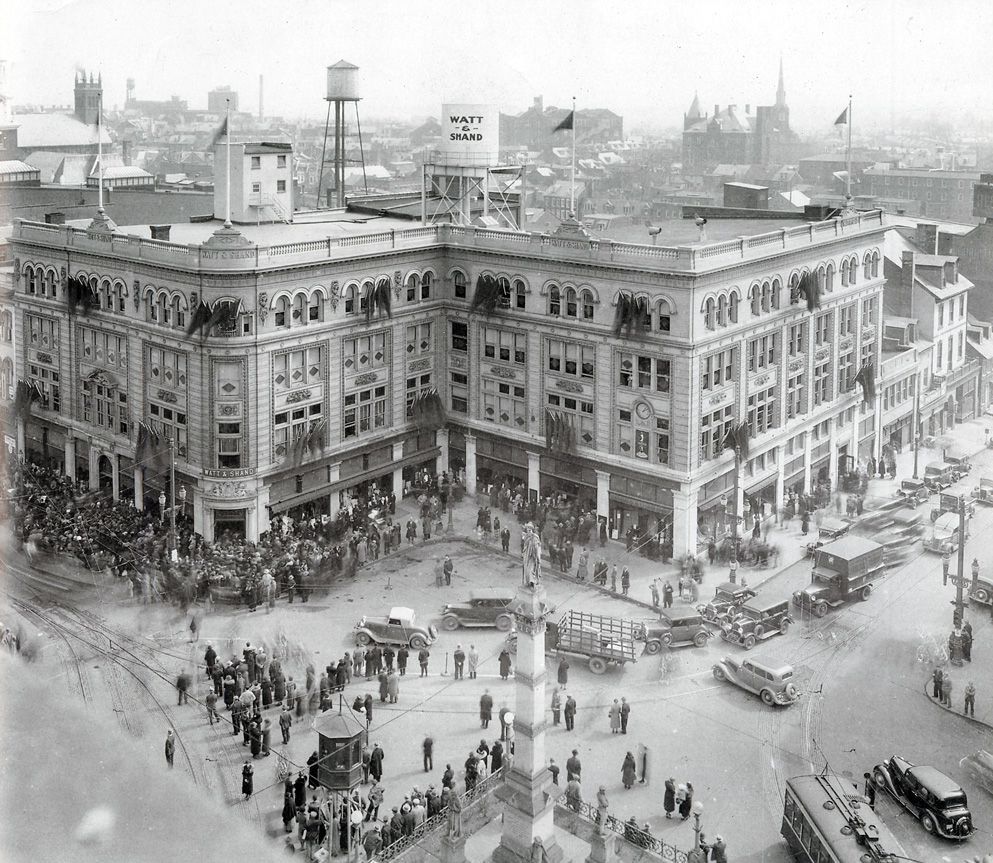 In 1898, the design of the Watt & Shand building facade was an opportunity for C. Emlen Urban to depart from the style of 19th-century eclecticism for the more fashionable and modern 20th-century designs of the Beaux Arts style. It is listed on the National Register of Historic Places.

A remarkable and unique feature of the facade design is the gracefully curved turn of the corner at the original entrance to the store.

Beaux Arts elements are easily seen on the facade. These include shields, roundels, garlands, and lions’ heads. The upper cornice has curved brackets, dentils, egg and dart molding, and medallions on the face of the cornice.

The exterior design is a tribute to the classic delineation of the facade into a base, middle portion, and top. The vertical elements were repeated as the store building was expanded.

The base is the most pronounced. The larger window openings are framed with marble and were designed to attract attention to the store’s merchandise. The marble details are simple and robust.

Both the middle and upper portions of the walls are clad with a tan-colored 1898 brick – a predominant building material in Lancaster and a nod towards sophistication and elegance.

The middle portion of the two stories contains two levels of window openings. The windows become shorter from the ground up. A decorative panel with a lion’s head spans the horizontal space 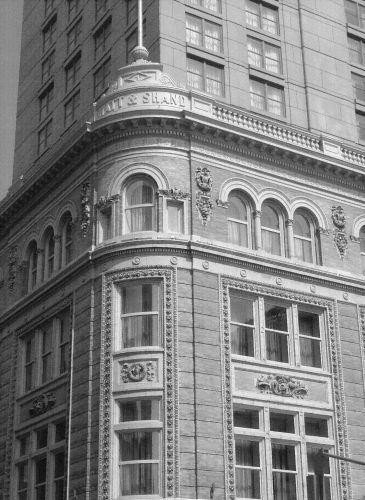 between the second and third stories. There is enough detail in this area to hold your interest without detracting from the essential show windows.

The upper portion is a single story of windows. These windows have full arched tops and are smaller in height and scale. They are separated with an engaged column and topped with highly detailed arched lintels. The crown of the building is a low parapet made of pressed metal, which resembles a railing. Located above the main entrances are enlarged portions containing the Watt & Shand name.

Peter T. Watt was one of the business’s founders. He was born in Scotland and immigrated to the United States. Watt was said to be an excellent businessman. He was able to convince several owners of large factories to move their businesses to Lancaster. He also served as the vice president of Farmers’ Trust Company. Watt’s home, Roslyn, was designed by Urban in 1898. The Chateauesque building is on the corner of President and Marietta Avenues.

James Shand was also born in Scotland, where he worked as a builder and contractor until he immigrated to the United States. When he moved to Hartford in 1872, he worked at the same dry goods manufacturer as Watt. In 1877, the two men decided to combine all of their resources and begin a business in a desirable city. They chose Lancaster. 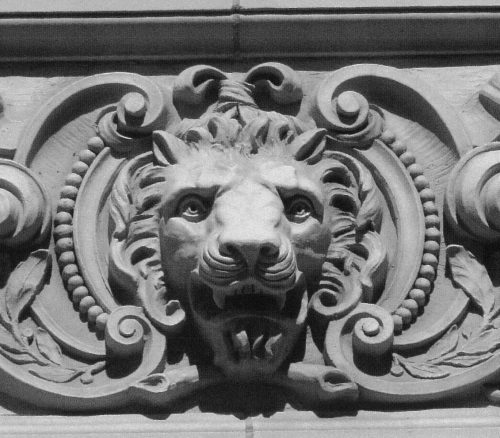 With their partner, Gilbert Thompson, the young men opened The New York Store in Lancaster in 1878. The store featured foreign and domestic goods, as well as upscale merchandise like you, could buy in New York City. During the first year, Mr. Thompson died, and the partners hanged the name to the Watt & Shand Company.

In 1898, Urban was hired to design a completely new store. The corner portion with the curved wall was the first part constructed. In 1906, the first addition to the store was erected along East King Street. Further additions were completed in 1916, 1920, and 1924 each following Urban’s original design.