Bube’s Brewery is the most important and still surviving late 1800s brewery and one of the few late Victorian hotels in intact condition, remaining in Lancaster County. The entire complex, including the brewery, cooper’s shed, and bottling works buildings, is listed in the National Register of Historic Places. 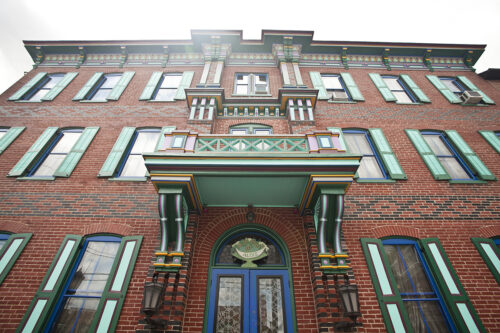 The Central Hotel and Brewery buildings were built on the site of a residence and brewery, the latter thought to have been a small brewery operated by the “maltster” Philip Frank. Born in Bavaria in 1851, Alois Bube was trained as a brewer, and he came to the United States in 1869.

By 1878, Bube had his own brewing operation and in 1889 erected a larger brewery and the Central House Hotel. Large vaults were dug beneath the hotel and brewery for the proper storage of the beer products. These vaults remain as part of “the Catacombs,” now a special dining area.

The Mount Joy Brewery and Bottling Works was known for its strict adherence to the use of only malt, hops, and pure water from a well on the site and the most sophisticated bottling equipment. A fire in 1893 caused extensive damage to the original two-story hotel building and brewery, which prompted the original mansard roof on the hotel to be replaced with a full third story.

Bube died at age 57 in 1908, and his estate operated the business until 1914 when it was purchased by John Hallgren, who operated it until 1917 when business conditions and the impending Prohibition Era forced him to close and sell the plant. Henry Engle, the husband of Josephine Bube (one of Alois and Pauline’s five daughters), took over the brewery and hotel property around 1920. 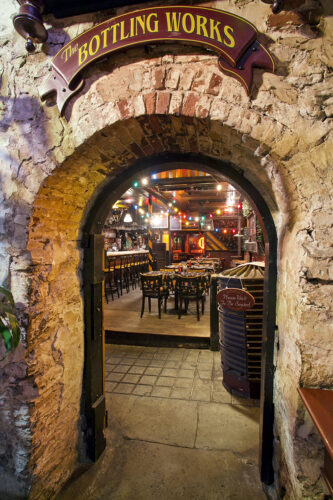 The Engle family operated the Central Hotel until 1965. During and following Prohibition, the brewery was not in operation, and it fell into disrepair.

This three-story, five-bay brick structure is a fine example of the Italianate style. An elaborate bracketed cornice made of pressed metal, segmental-arched window heads, decorative brick patterning, and the central bay has projecting brick piers supporting a bracketed balcony/overhang at the main entrance. The present owner, Sam Allen, has done much to restore the original brewing facilities. 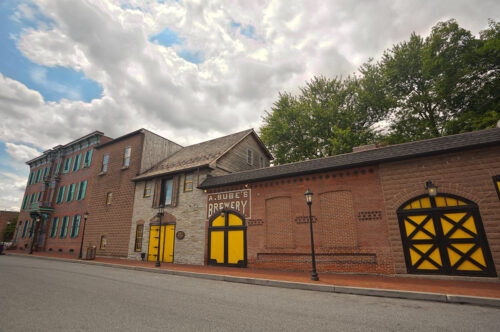 This is an edited excerpt from the Historic Preservation Trust of Lancaster County’s 2001 Architectural History Tour in honor of the Borough of Mount Joy’s Sesquicentennial.