The Conestoga area retains a rich cultural context that is reflected in the period and style of its architecture and rural countryside.

Conestoga Township was named for the Conestoga River, which in turn was named for a noted local tribe of Native Americans. In the earliest days of settlement, the term “Conestoga” was used as a rough designation for most of what is present day Lancaster County. 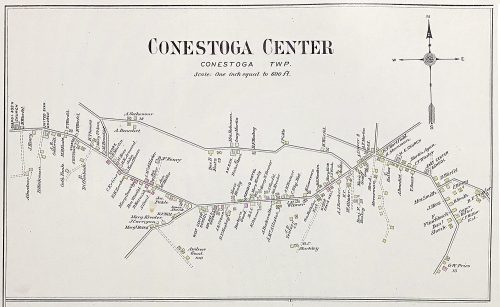 Conestoga Center was surveyed and planned in 1805 by John Kendig. Rockhill is the community along the Conestoga River mid-way between Slackwater and Safe Harbor.

Slackwater was surveyed c. 1866 and houses were built to accommodate paper mill workers. Safe Harbor was laid out, and building began at the time as a reaction to the building of the iron works in 1846. Colemanville was formed to house employees of the iron works there.

Conestoga Township has seen several reductions in size through the 18th century and the first half of the 19th century. The most recent of these separations were the creation of Pequea Township in 1853. At one time, the area was also known as Conestoga Manor. Most of the early settlers were of Germanic or Swiss lineage. A few of the first families were of English or Scots-Irish background, but most of these settlers had moved on by the middle of the 18th century.

Both the character of the land and the quality of the soils in Conestoga Township are somewhat variable. However, agrarian pursuits have dominated the Township’s economy and society since the earliest period of settlement. Benedict Eschelman was granted 600 acres of land and built several homesteads in the mid to late 1700s. At one time, there were also many mills in operation. The development of other industries was relatively limited, except for iron manufacture around Colemanville in the early 19th century. Safe Harbor emerged to have its own identity for both commerce and industry during the 19th century. 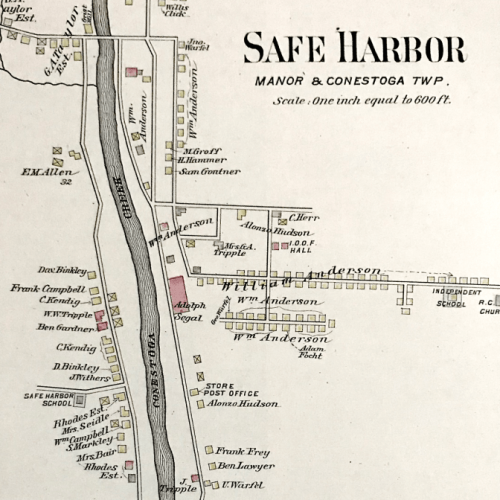 In 1608, Captain John Smith sailed up the Chesapeake Bay as the head of a contingent from the Jamestown Colony on an exploration voyage. He proceeded upstream into the Susquehanna River for about six miles, where he was stopped by the falls that now bear his name. Smith was probably the first to meet the Susquehannock Tribe of Indians – “such great and well-proportioned men are seldom seen, for they seemed like giants to the English.” 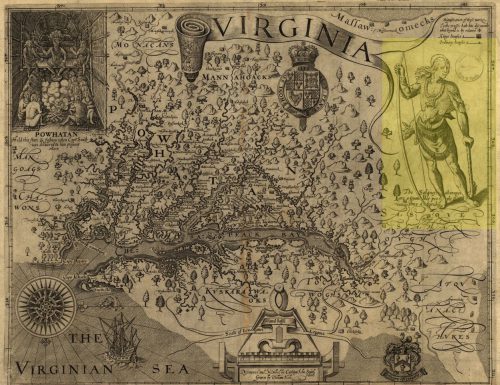 Depiction of a Conestoga man highlighted in yellow on the 1624 Smith Map. The handwritten caption reads (in modern English): “The Susquehannocks are a giant-like people and thus attired.”

From the other direction, in 1616, Etienne Brule, a Frenchman in the service of the governor of Canada, descended “a great river flowing from the country of the Iroquois to the sea,” down the Susquehanna River to the Chesapeake, becoming the first known European to travel the full length of the river.

Perhaps the most intriguing reminders of early inhabitants at Safe Harbor are petroglyphs (inscriptions and carvings) still visible on the Big and Little Indian Rocks in the river, about a half-mile below the present
Safe Harbor dam.

From the Historic Preservation Trust’s 2004 Historic Conestoga Township Architectural Tour. Click here to purchase a hardcopy of the 31-page publication. 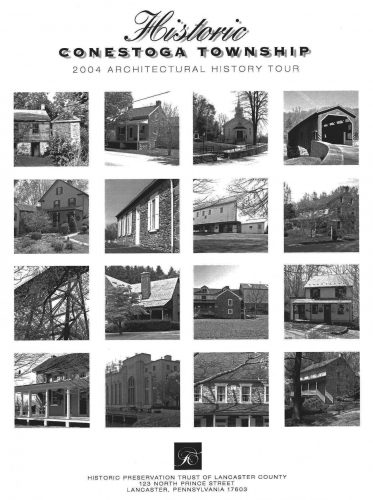