Gone, But Not Forgotten: Red Barn in winter

In 2008, the Historic Preservation Trust of Lancaster County created a calendar series entitled “Gone, but not Forgotten” as a reminder of some things that aren’t here anymore. Red Barn in winter was the featured image for June of that year and was painted by J. Richard Shoemaker.

A cold winter day on Sporting Hill Road near Manheim contrasted the red barns with a white wintery setting. 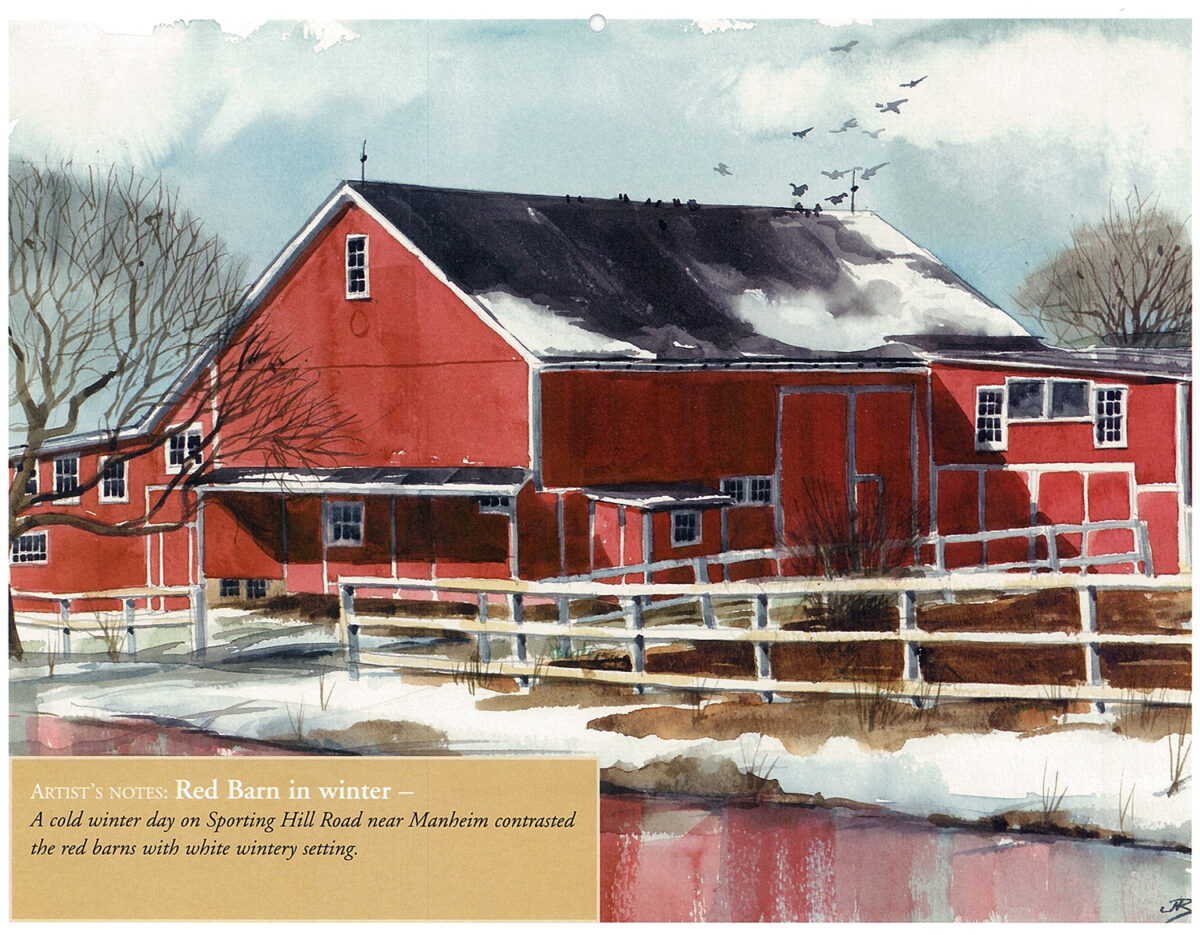